Today is the anniversary of the first Moon landing on 20 July, 1969. The first of many other fake landings (and everything else we have done in space).

With that in mind, here is an old article on fake Moon landing. There are many on the internet as well as videos. You can find more on this blog if you type in “moon landing” in the search bar. Go to Duckduckgo.com to find a ton more.

One way to introduce people to the flat earth is by talking about the moon landing. You don’t start off by saying it was fake but you introduce facts that makes you friend start to question the narrative. For example, ask how Gus Grissom was able to talk on the microphone with a background noise of 140 decipals. Then introduce another fact. Of course, you can just show him this or other videos.

Just under half of Russians think the U.S. moon landing in 1969 was a government hoax, a poll has found. In a survey of 1,600 adults in Russia, researchers also found only 31 percent believe American astronauts landed on the moon in the last century.

The moon landing, where Neil Armstrong and Buzz Aldrin became the first people to set foot on the lunar surface, took place during the space race between the U.S. and Russia. Both nations were vastly expanding their space programs, with Russia having become the first country to send a person—cosmonaut Yuri Gagarin—into space eight years earlier.

Soon after the moon landing, the Soviet Union denied it had been in a space race with the U.S., either claiming they had no lunar program or criticizing NASA’s efforts. Some politicians in America use the denials from Russia to claim U.S. officials had invented the race to justify the millions invested in advancing the lunar program. It would be decades before the Soviets confirmed they had been attempting a moon landing. In 1989, the New York Times published an article titled “Russians Finally Admit They Lost Race to Moon.”

Conspiracies about whether the moon landing was faked emerged in the years that followed the Apollo 11 mission. In 1976, Bill Kaysing self-published a pamphlet called “We Never Went to the Moon: America’s Thirty Billion Dollar Swindle” in which he set out claims against the authenticity of the evidence presented. All his points, such as the flag appearing to wave despite the absence of a breeze, have been debunked by scientists.

But the conspiracy stuck. In 1999 a Gallup poll showed that around five percent of Americans believed the moon landing was a hoax. Twenty years later, a survey by C-SPAN and Ipsos showed this figure had remained stable, with 6 percent of people saying they believe the event was staged. The poll showed belief was higher among younger people, compared with over 50s.

In Russia, support for the conspiracy was far higher. In 2018, Dmitry Rogozin, head of Russia’s space agency Roscosmos, was asked whether there are plans to go to the moon. In response, he joked they would go to check if the moon landings were real: “We have set this objective to fly and verify whether they’ve been there or not.”

The latest poll, by the Russia Public Opinion Research Center (VCIOM), shows belief in the moon landing hoax theory is now falling. In 2018, 57 percent believed the Apollo 11 landing was faked. People aged 45 and over were most likely to believe it was a hoax.

The VCIOM poll, which looked at belief in conspiracy theories, covered topics including the safety of vaccines, whether the Earth was flat and whether aliens have visited Earth.

On the latter subject, 13 percent said representatives of extraterrestrial civilizations visit our planet but that this is hidden from the public by authorities. Twenty three percent say aliens visit Earth but hide from us. Forty eight percent said aliens either do not exist or do not visit Earth.

50 years after Apollo 11 made its historic launch, leading to the first two people landing on the Moon, Duran Duran hosted a 50th anniversary concert on Tuesday (July 16) in celebration at the Rocket Garden at Kennedy Space Center Visitor.
In a video uploaded from the event, the band performs “The Universe Alone,” off their 2015 album, Paper Gods. Simon LeBon croons in an out-of-this-world production as the screen behind him displays an astonishing image of stars in space. The performance was backed by an orchestra and choir, adding to the emotion. (source: Billboard.com)

This 1966 MIT Science Reporter television program details the development and construction of the Lunar Excursion Module (LEM), the only vehicle of the three Apollo spacecraft modules that actually lands on the moon. Project engineer Thomas Kelly gives a tour of the LEM at Grumman Aircraft in Long Island, NY, and demonstrates the LEM Automatic Checkout System, while test pilot Robert Smyth demonstrates the lunar landing simulator via an electronic computer-controlled model of the Moon. The program is presented by MIT in association with WGBH-TV Boston, and hosted by MIT reporter John Fitch; it was produced for NASA. MIT Museum Collections.

River Phoenix  older brother of Joaquin Phoenix  died in October 1993 at the age of twenty-three. Phoenix is said to have suffered drug-induced heart failure outside the Hollywood nightclub The Viper Room. At the time of his death, Phoenix was considered something of a teen idol, having appeared in Stand By Me, Running On Empty and My Own Private Idaho. Of course, where a celebrity dies, conspiracy theories shall follow. One theory posits that Pheonix didn’t overdose, but was actually murdered. The proof? Apparently three days after his autopsy, the results were announced as inconclusive. No needle marks were found on Phoenix’s body. His death also coincided with an investigation into his family, who were apparently members of a local cult. Supposedly Phoenix angered the cult by openly discussing his sexuality, and so they considered him an expendable liability. A separate theory claims that Phoenix wasn’t murdered, but actually faked his death. Apparently Phoenix was enticed by the world of espionage, and decided the only way to become a spy was if the world thought he was dead. After all, Phoenix is said to have hated Hollywood (owing to his humanitarian stance). Several clues lead to believe that River Phoenix has since resurfaced as political activist, under the name of Mark Dice, and he now writes books about The Illuminati and has 1.5 million subscribers on YouTube. Break-through Investigation on the death-fakers in the Hollywood celebrities. Brandon Lee never died and became Christopher Greene, a Youtube personality of AMTV channel.

Microsoft opened its Build developer conference in Seattle this morning with an awkward start. The software giant was supposed to show a recreation of the Apollo moon landing with its HoloLens 2 headsets. Instead, the demo failed, a nightmare scenario for anyone running a live show. “Well, it seems doing a live demo is actually harder than landing on the moon,” said A Man on the Moon author Andrew Chaikin. “Thank you for your time,” said Chaikin, before exiting the stage and leaving the audience confused at a failed demo.

A minute or so passed, and then Microsoft CEO Satya Nadella appeared on stage, with no acknowledgment of the failed demo or what the company was trying to achieve. If the demo had actually worked, the result was certainly impressive. Variety has a story on how Microsoft had partnered with Epic Games to recreate the moon landing on stage.

MICROSOFT TEAMED UP WITH EPIC GAMES FOR ITS HOLOLENS 2 DEMO
The video (above) shows a rehearsal of the HoloLens 2 in action, with the holograms streamed directly to the headsets from remote PCs. It’s all powered by a pixel streaming feature that’s part of Epic’s Unreal engine. It streams high-quality images to HoloLens headsets that are remotely rendered on powerful PCs with desktop GPUs. The HoloLens 2 is limited by its on-board mobile GPU, so the amount of rendering that’s possible is basic. So this pixel streaming is important for more complex imagery like Microsoft tried to show today.

It’s clear pixel streaming and AR in general is still complex, even though Microsoft is relatively ahead in its ambitions to make it widely used. That complexity hit a hurdle today, but you can guarantee Microsoft will make sure that any future HoloLens demonstrations go a lot more smoothly. ( https://www.theverge.com/2019/5/6/18531529/microsoft-hololens-2-apollo-moon-landing-demo-fail )

Science Fiction and the Hidden Global Agenda – 2016 Edition, by English author Carl James, depicts the esoteric side of Hollywood. In the first volume of the book, it is included an extract from The Fastest Pen of the West – biography of Bill Kaysing.

In “Science Fiction and the Hidden Global Agenda – Volume 1”, Carl James studies the science fiction genre and its myriad connections to the global power elite. The research exposes all manner of social engineering paradigms, predictive programming, embedded occult and arcane symbolism and themes, secret military and intelligence experiments, cover-ups and conspiracies of silence, and a larger global elite agenda mechanism. 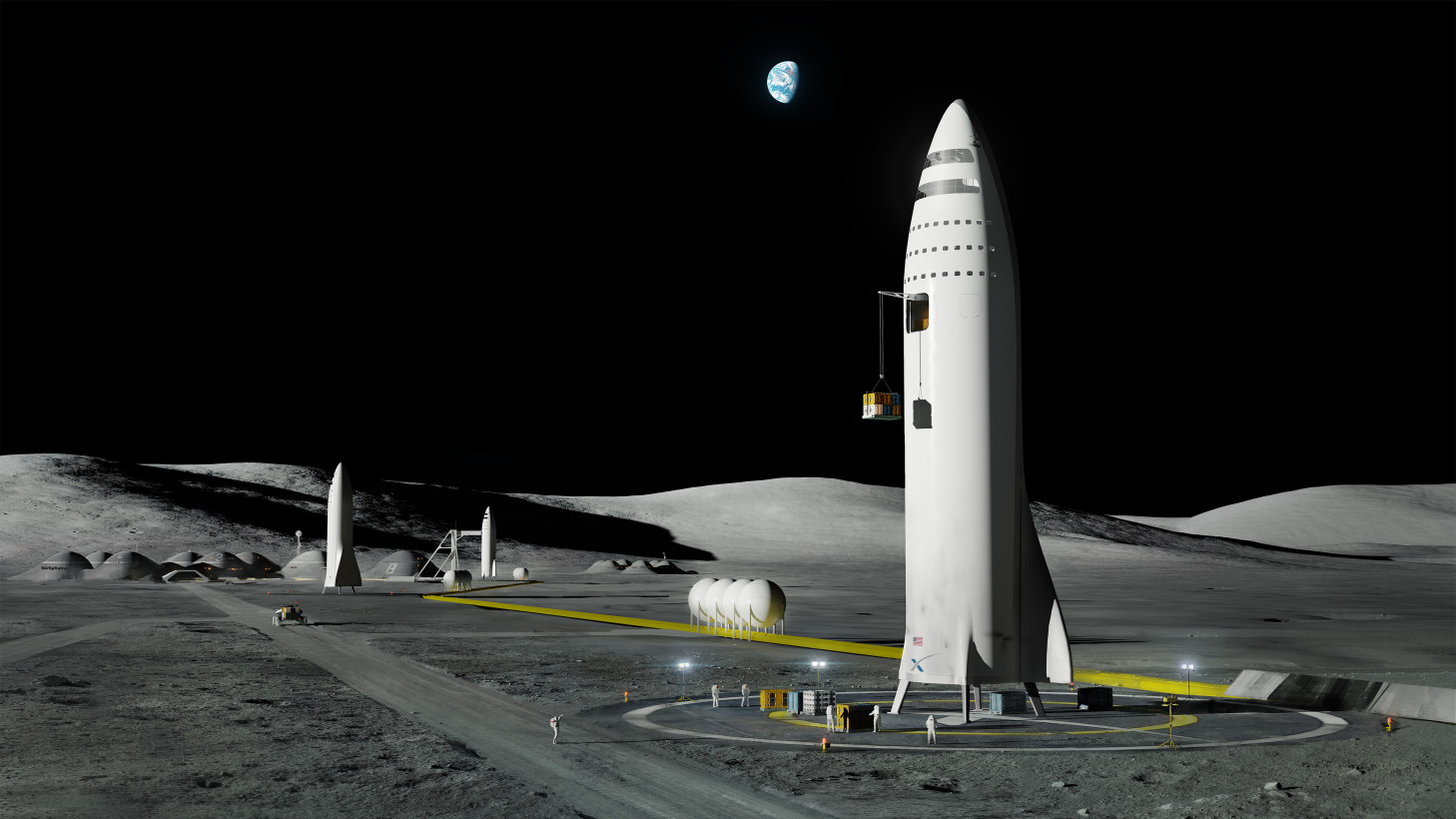 it’s a recent discovery that passenger airplanes do not carry much fuel, technological achievement being hidden from public eyes. You won’t believe this. I’ve never really thought about this before but how could aluminum airplane wing hold 250 tons in an Airbus A380, for example? There is no way those wings could hold that heavy wright. An Abrams tank weighs between 50 to 60 tons depending on armor package…. do you honestly think each wing could hold two Abrams tanks? Even one of these tanks would sheer that wing clean off! Some thin aluminum structures and pop rivets  is not going to hold in a tank.
There is only one conclusion.
You may have noticed exhaust coming from the rear of the plane when you looked out the window in the gate area. It is from the auxiliary power unit (APU), fueled with kerosene, which is like a mini jet engine, usually located in the back of the plane, containing a compressor needed to start jet engines. Once started, main engines run without propellant.
Therefore, free energy must be already existing. That’s right these planes have been able to fly on free energy for a long time, and they’ve kept that secret from us.

Nobody owns the air – The Jet Fuel Hoax 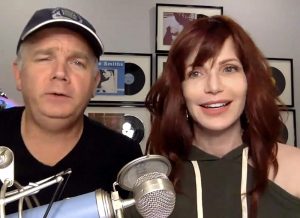 Well known in the flat earth movement are these two people. Very legit, aren’t they?
In the reality, they are a production of a lesser known firm. Most probably, they are co-workers broadcasting from different rooms of the same house/building.
The screenplay is similar to another couple involved with the flat earth: Lori Frary and Lawrence Wright.
The format is pretty identical: the female hosting and the male guesting. Sometimes other people from FE community are invited to join their hangouts.
You can download the free video totally exposing the dynamic duo Mark Sargent / Patricia Steere: 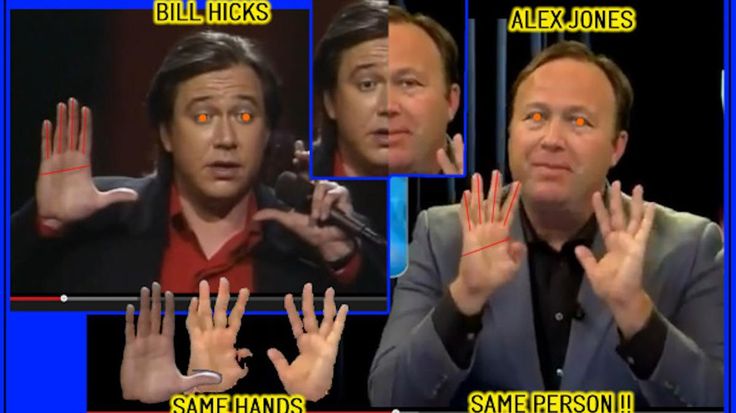