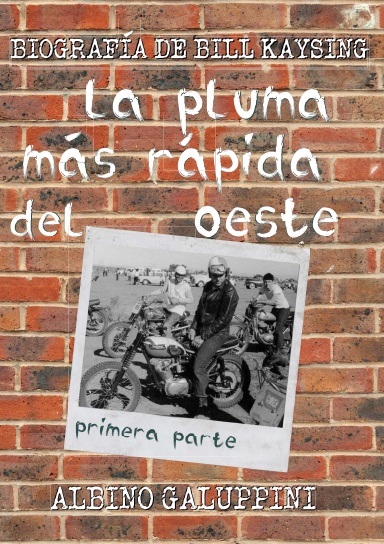 This is a good time to question the game we all have been playing. It’s a fine game, but there are better games and we should create them together. See my other Alan Watts video at https://www.youtube.com/watch?v=0pokP…

We’ve all wondered, at one time or another, whether we’re the only ones who exist in the vast, never-ending universe. Aliens have been the subject of movies since the early to mid-1900s and the conquering of space has been a prominent goal for the world (and by that, I mean the United States).But no one has ever been able to get a definitive answer for the existence of aliens. That is until the military research base known as Area 51 became public knowledge.Area 51 has been the basis for conspiracy theories for years, as well as one of the few tangible liaisons we have to “encounters of the third kind”. Here are 10 things that only recently came to light about Area 51.

10Never Fully Acknowledged As Being Real

Juliet Montague once asked herself “What’s in a name?” In the case of Area 51, no one knows. There have been countless theories and musings about it, though. One theory is that the name originated from a nearby nuclear testing site that was given the numerical designation of 51.

Business appears to be booming at Area 51. Between 1984 and 2016, satellite images have revealed the construction of many new infrastructures, including hangars and runways. People have surmised that it’s to test new military aircraft, while others believe that it’s evidence that aircraft of the alien kind are being held there.

In the early days of Area 51, UFO sightings could actually be explained. The base was being used to test U-2 planes, away from civilians. So most of the supposed UFO sightings during that time period could be linked back to this military project. Unless that was just a cover-up…

No one really considers the people who work in Area 51. USA Today reports that employees actually get shuttled to the base via an unnamed Boeing 737.  Flight attendants on these flights are called to be “level-headed and clear thinking while handling unusual incidents and situations”. Interpret that how you will…

4Employees Need To Stay As Off The Grid As Possible

Former employees of Area 51 are coming forward and giving us more information about the inner workings of Area 51. One veteran employee described how they were all sworn to secrecy kept as off the grid as possible. This included a lack of documentation and being paid in cash.

3Even Air 51 Isn’t Impervious To The Court System

Turns out that Area 51 isn’t completely invincible to the law. In the 1990s, lawyer and professor Jonathan Turley was approached by Area 51 workers regarding the hazardous materials they were being exposed to, including jet fuel fumes and hazardous waste. A lawsuit was created, but the government refused to acknowledge any wrongdoing.

2The Best View Of Area 51? Not What You’d Expect

It’s apparently quite easy to see the activities of Area 51… if you know where to look. An anonymous former employee brought people to watch scheduled UFO flights at the Black Mailbox. Yes, that’s right. The best place to view potential alien activity is by a pair of mailboxes!

Related: 10 Places To Search For Aliens (Outside Of Area 51)

1Don’t Even Think About Sneaking In For A Rave

While there have been “Storm Area 51” events planned, actually attempting it is not advised. There are signs at the entrance of the restricted zone stating that deadly force will be taken against any trespassers. Also, pilots who fly into the restricted zone can face court martialing and even jail time.

Next: 19 Places In The USA That Are More M

Multiple television channels including National Geographic, Smithsonian and Discovery will air special coverage throughout the month.

July 20, 2019, marks 50 years since Apollo 11 made its historic landing on the moon. Since then, Hollywood has taken creative liberties to celebrate the feat, part of the space race against the Soviet Union. Projects include the Damien Chazelle film First Man, Stanley Kubrick’s 2001: A Space Odyssey and Al Reinert’s For All Mankind. Moon landing enthusiasts (or disbelievers) can celebrate Apollo 11’s landing by watching such Hollywood projects, but multiple television networks including National Geographic, Smithsonian and Discovery will air their own special coverage throughout the month.The channels will commemorate the lunar landing with programs such as new episodes of Smithsonian’s Apollo’s Moon Shot, Chasing the Moon from PBS and BBC America’s Wonders of the Moon.Suit up and read on for a list of Apollo 11-inspired TV programs.July 5
Apollo: Back to the Moon (6 p.m. ET/PT, National Geographic)July 6
Lost Tapes, The: Apollo 13 (3 p.m., Smithsonian)

July 9
Apollo: Back to the Moon (9 p.m., National Geographic)

Earlier this year, Australian magazine New Dawn had asked me to write an article on the occasion of the 50th anniversary of the conquest of the Moon. I sent them a writing describing how Bill Kaysing got involved in the lunar landings and the origin of his book We never went to the Moon. The article comes out in the July-August ’19 issue. 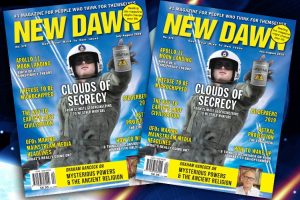 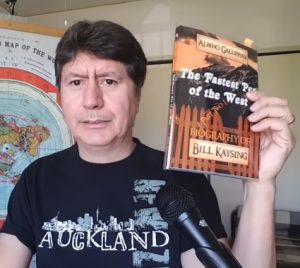 Video review for Part 2 of the book The fastest pen of the West – Biography of Bill Kaysing.

Book is only available in paper format by printing on demand on Lulu or Amazon:

The most banned Youtube video on 911 events. Now available for free at The Better World News.

9 11 Truth That Will Make Your Head Spin.

The naval architect built a tiny vacation home that looks just like a lunar lander. The hexagon-shaped structure is modeled after the lander that astronauts piloted during the Apollo 11 landing. The 250-square-foot home weighs 3,000 pounds and sits on three steel beams that elevate it over the grassy landscape.

Hughes designed the lander with plenty of nooks and lookout opportunities to take in the view. A ladder leads up into the space, which includes a compact kitchen, breakfast nook, a bathroom, and sleeping space for two. 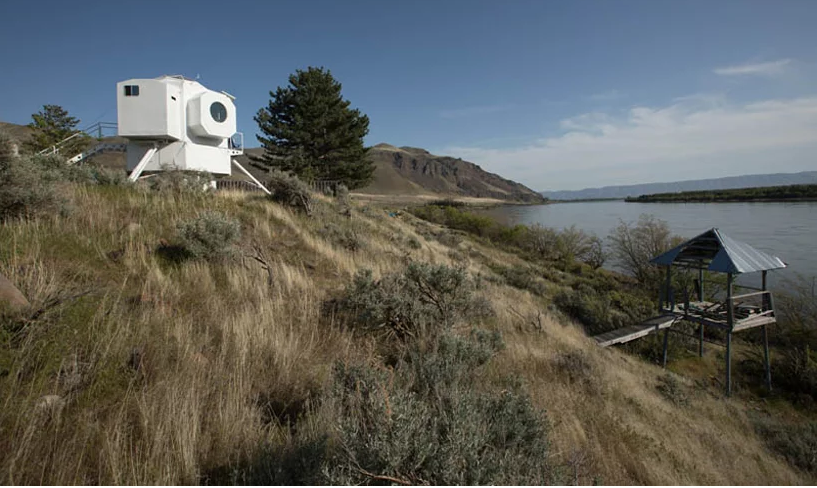 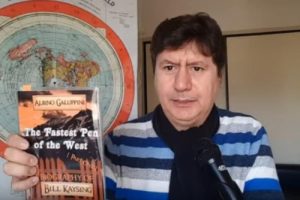 A video review of The Fastest Pen of the West [Part One] – Biography of Bill Kaysing from Japan.

Book is only available in paper format by printing on demand on Lulu or Amazon: