Today, July 31st ’22, is the 100th anniversary of the birth of Bill Kaysing. He was an American writer “for an alternative lifestyle”, “against the tide”, one who gave the government a hard time with his indomitable anarchoid behavior.
Thus, Kaysing had led a fairly regular life until beyond quarantine. Four years of war in the navy, degree in English literature and marriage with two daughters. Then a career as a clerk at an aerospace company called Rocketdyne. After that, he decided to totally change his life, overwhelmed by rampant pollution and the daily routine of 9-17 hours, typical of American offices.
Deciding to change your life, leave the “rat race” and dedicate yourself to a healthy existence, free from daily commitments and constraints. He divorced his first wife by marrying Ruth, also a writer, as he had become in the meantime.
He lived one adventure after another traveling by caravan and boat through the Nevada desert and California. Or, in San Francisco Bay, helping the homeless that abound in that area.
You achieved international fame in 1976 by writing “We never went to the Moon” proving, without a shadow of a doubt, that the government was the “enemy number 1” of the American people. It gave rise, thanks to a book, to an entire conspiratorial vein, I had to write in an article for an Australian magazine on the occasion of the 50th anniversary of the first false moon landing .
It seems to me yesterday when I published a website in his honor in 2006. I never suspected that I would come into contact with his family members, thanks to whom, I obtained documents in his possession with which I could write the biography entitled “The fastest pen in the West ”. After all, it was an adventure for me too. Ciao Bill! 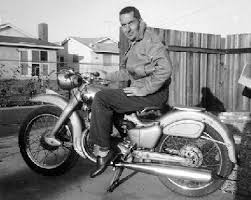