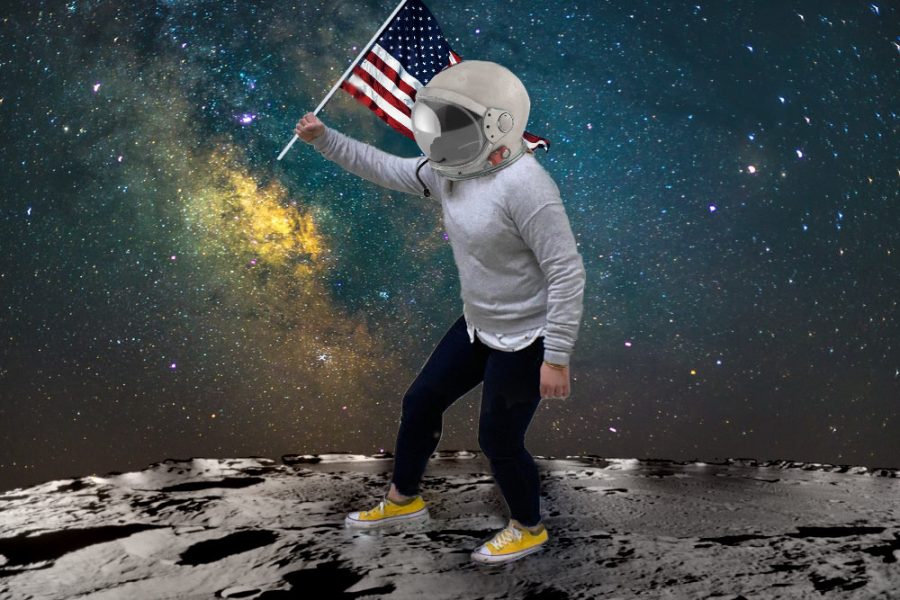 The moon landing, one of the biggest events in history, was an extremely world-changing experience. The very moment the first men took a step onto the surface of the moon while the world watched in awe on July 20th, 1969, was the moment people knew technology was going to evolve dramatically. Sending humans to the moon was a major accomplishment. What if, however, this breakthrough was too good to be true? Many out there lurking within the pages of the internet or wherever theorists thrive believe that we may have never even been to the actual moon and that Neil Armstrong and Edwin “Buzz “ Aldrin never took Apollo 11 on the expedition. Why was it that so many believe that something so outstanding could have never taken place?

American writer Bill Kaysing was the first of the theorists to not buy the televised moon landing on July 16-24th 1969 and was formally employed by Rocketdyne and helped design rocket engines. He claimed NASA was not technologically capable of sending humans to the moon successfully or at least make it to the moon and back without issues. His theory evolved from a thought to a conviction, and he later wrote a pamphlet in 1976 titled, “We Never Went to the Moon: America’s Thirty Billion Dollar Swindle.”

One of his most voiced pieces of evidence was that he had worked within the engineering institute that tested the engines and had witnessed many failures. This was the ‘60s and ‘70s: did they really have the correct technology to pull off a stunt as big as sending humans into space? Kaysing’s main point was they could not have taken humans to the moon due to the lack of the right technology at the time. Another thing mentioned to the public was that it seemed that there were no stars present in the pictures provided by NASA. Kaysing argued that if they had truly gone to the moon, there would surely have been some stars present within the pictures. It could have likely been a faulty lighting mistake. However, due to the amount of light they are exposed to in space, the sheen is explained to likely have blocked out any tiny specks we know as stars from being caught on camera. It is uncertain whether this was what had occurred.

An article on Gizmodo on the topic claimed that by the 1970s, around 30 percent of the public did not believe the moon landings were real. many skeptical and beginning to wonder if the government was being real with them. Bill Kaysing had become the main founder of the landing hoax movement, pulling up connections between director Stanley Kubrik and the televised moon landing. He claimed Kubrik’s special effects for film “Space Oddity” (2001) were highly convincing, making some people, including Kaysing, believe that Kubrik could have been in on directing the fake set for the Apollo landings. While more started to notice more film connections in movies such as “Capricorn One” (1978) wherein the movie, the Mars landing is faked in a film studio, giving the theories some light. There was also a mention of how blank-faced the astronauts seemed once they had arrived home, almost as if they didn’t have much to experience.

Many theories revolve around the landings, in part due to the internet. Some of the more specific details include things that were picked out from the footage. In the video of the moon landing, the flag appears to be waving in the wind as it is planted in the moon’s soil, which is impossible in space. Additionally, the letter C appears to be engraved on a moon rock somewhere in the film. These are two of the many more minor things people have paid attention too. People who disagree with this conspiracy may recall seeing the rocket blast off, to which theorists say that NASA likely just sent them up into the earth’s atmosphere and no further.

Could all this evidence have any sort of accuracy? Was the urgency to send people to the moon as the end of the decade approached at the president’s desire a push towards fraud to make it possible? Were the tapes just a scripted movie directed program that we had believed was live from another universe outside of ours? Perhaps we wanted something we couldn’t achieve far too soon. It’s really all up to our own opinions; we may never truly figure it out.