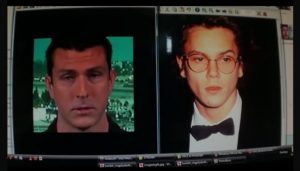 River Phoenix  older brother of Joaquin Phoenix  died in October 1993 at the age of twenty-three. Phoenix is said to have suffered drug-induced heart failure outside the Hollywood nightclub The Viper Room. At the time of his death, Phoenix was considered something of a teen idol, having appeared in Stand By Me, Running On Empty and My Own Private Idaho. Of course, where a celebrity dies, conspiracy theories shall follow. One theory posits that Pheonix didn’t overdose, but was actually murdered. The proof? Apparently three days after his autopsy, the results were announced as inconclusive. No needle marks were found on Phoenix’s body. His death also coincided with an investigation into his family, who were apparently members of a local cult. Supposedly Phoenix angered the cult by openly discussing his sexuality, and so they considered him an expendable liability. A separate theory claims that Phoenix wasn’t murdered, but actually faked his death. Apparently Phoenix was enticed by the world of espionage, and decided the only way to become a spy was if the world thought he was dead. After all, Phoenix is said to have hated Hollywood (owing to his humanitarian stance). Several clues lead to believe that River Phoenix has since resurfaced as political activist, under the name of Mark Dice, and he now writes books about The Illuminati and has 1.5 million subscribers on YouTube.